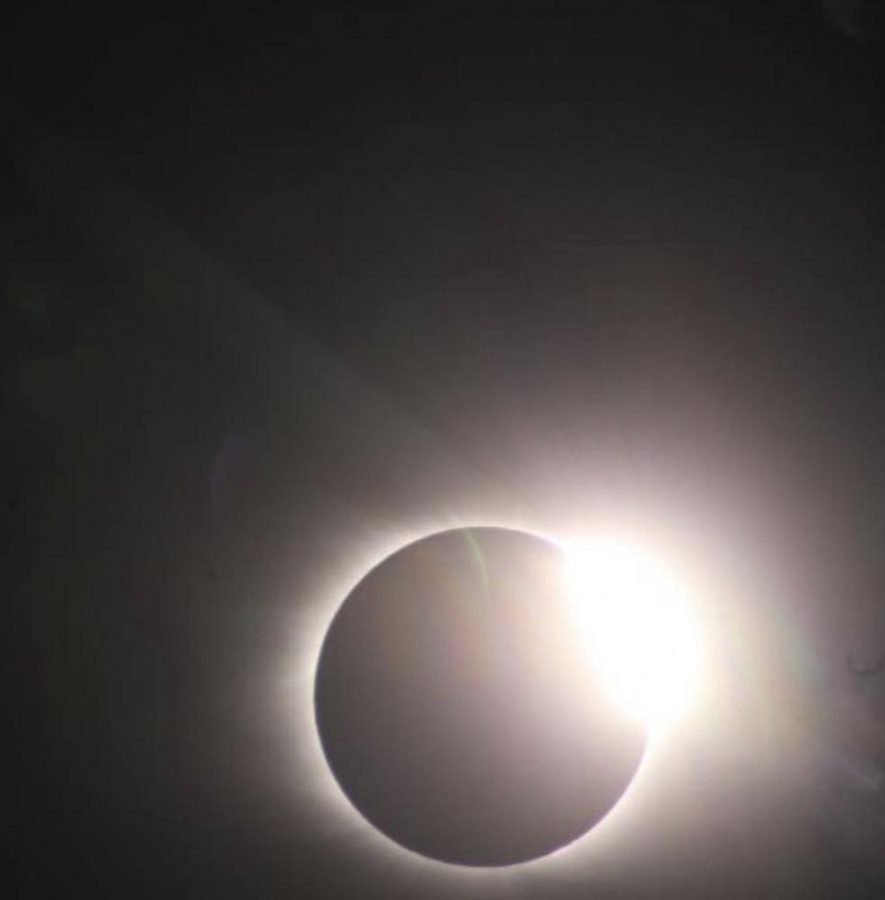 With eyes focusing on the eclipse, the moon slightly move, creating a diamond ring. A diamond ring effect, or the Bailey’s Beads effect, was when the moon’s craters allowed some sunlight to shine in through some places.

The sky slightly darkened for two minutes as the moon covered the sun. On Aug. 21, many Americans viewed the first total eclipse to cross the nation since 1918.

“I have never seen such hype around an eclipse it was kind of neat,” Gary Williams, science teacher, said.

A solar eclipse occurs when the moon passes over the sun. According to www.eclipse.aas.org, the moon took about 90 minutes to cross the country. Places within the path of totality, the path in which the eclipse was a total eclipse, ranged from Oregon to South Carolina. The longest viewing occurred in Carbondale, Illinois, for two minutes 37 seconds. In Palm Beach County, the skies barely darkened, leaving some wanting more, yet in awe.

“I was disappointed that it didn’t get much darker, but when I did see the solar eclipse it was truly amazing,” Jessica Weinberg, seventh grade band major, said.

When the eclipsed happened, many noticed very large differences in the sun. For example, the sun was a “crescent sun” meaning when one looked at it; it looked like a crescent moon. Also, when the moon started to cross the sun, things that people looked for included the diamond ring, which is when there is a slight glare at the edge of the sun’s corona.

“You could see many shadows and the sun was very bright when you looked at it with [solar eclipse] glasses. It was cloudy but not really dark,” Sanjana Gupta, sixth grade communications major, said.

The school had made some adjustments by switching classes early in between sixth and eighth period. Also, the classes were smaller in size than on a regular school day.

“In my piano class, 5 kids out of 24 showed up,” Lili Dagan, seventh grade piano major, said.

With the small sized classes, some said that there should not have been school that day.

“I do [think that school should have been canceled] because on Monday not many people showed up for school,” Gupta said.

Those who stayed home to view the eclipse did not have to travel very far; some viewed it as close as their home.

Those who did not go to school had thought that “it would be really tempting to look at the sun,” Gupta said. Although it was required to stay indoors during the day, some students used common sense.

Two minutes later, the moon finally shifted, and the quick change from day to “night” ended, with the historic solar eclipse.