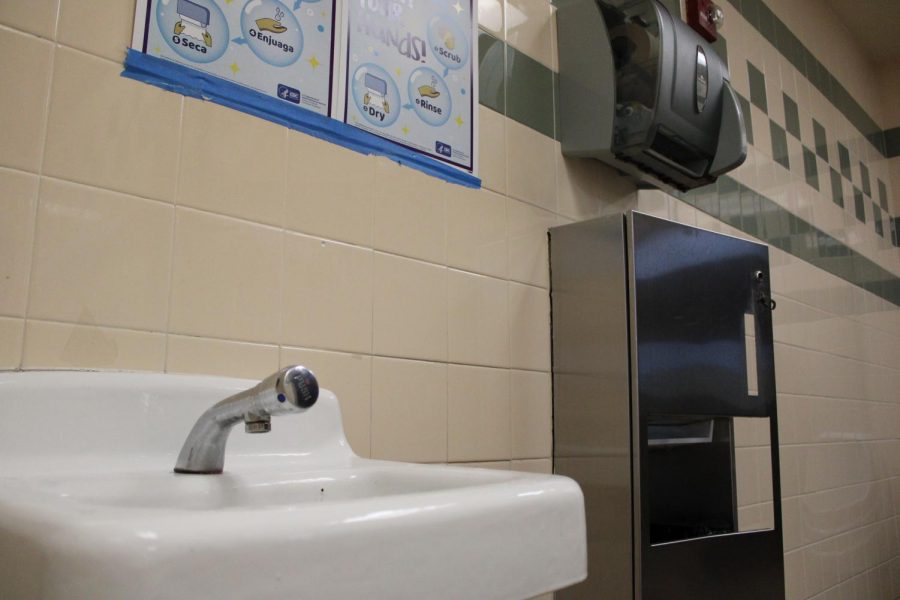 In the past, restroom vandalism becomes a trend with negative consequences. “I love social media because it can unite people and be helpful, but people need to use their own logic and brains to know 0020what is right and wrong,” Misty Connelly said. The trend started with a TikTok user’s video, which led other users to steal items such as soap dispensers, towels, and even sinks.

TikTok had a recent trend where students would steal from restrooms, called the “Devious Lick” trend. People came together to not follow a trend with criminal implications.

“I truly believe the majority of kids are doing what’s right, but it’s disappointing when one or two of them leave an impression that all students do the wrong thing,” Misty Connelly, assistant principal, said.

Administration was adamant that they did not find enjoyment in having to punish students, but they felt it was important to preserve the school for others.

“We’re providing you with advanced education, so there are plenty of kids waiting in line who are willing to get in,” Tom Felt, language arts teacher, said

Bak was like a home, Connelly said, and to disrespect it was like if someone were to stick gum on their own pillow.

“It’s our home away from home.  We all should take responsibility for our home,” Connelly said.

“We’re in a day and age where social media has a lot of weight, and students and adults alike look for affirmation,” Crystal Clark assistant principle said, admin of facilities.

One of the main reasons this trend slowed down was because of positive peer pressure from students and TikTok users.

“Doing the right thing in the end will get you the right kind of friends, and the right experiences,” Clark said.

Vandalism was an act that was often impulsive, so students have sometimes been the voice of reason their peers needed to hear.

“Maybe they’re making a split second decision, and all they needed was to tell them they shouldn’t do this,” Connelly said.

Even though dangerous trends were common, trends like the “devious lick” trend were still shocking, and many were glad it was no longer popular.

Felt said, “I know it’s going to happen. I’ve seen it before, I’ll see it again, but I’m still exasperated.”