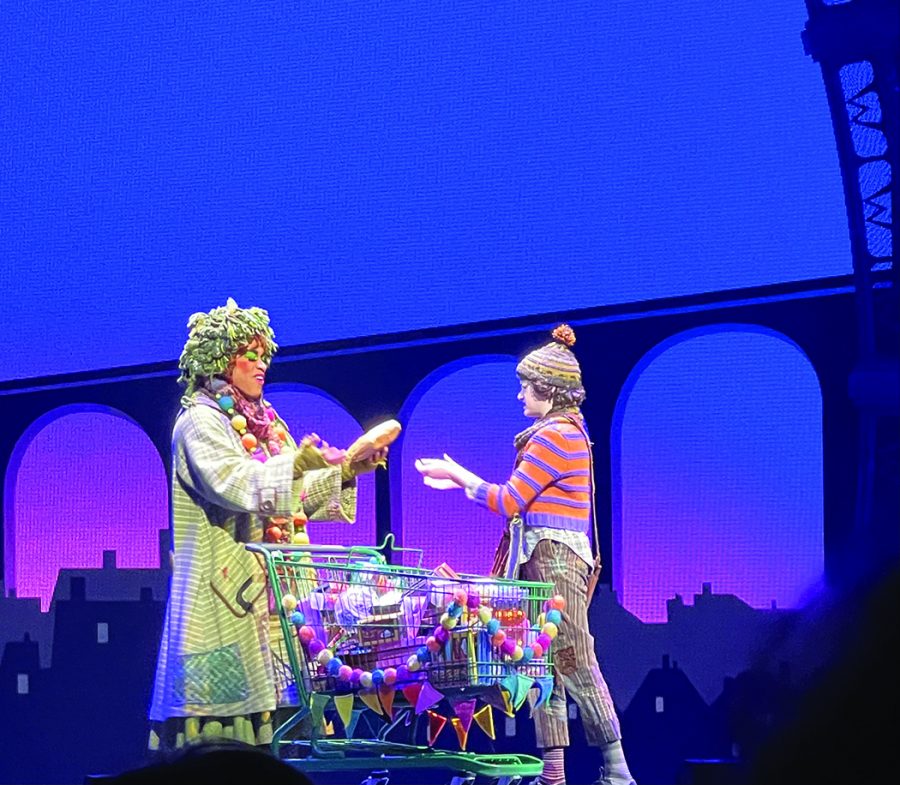 Jackson Greenspan performs in the play “Willy Wonka”. “My dream when I was a kid was to win a golden ticket, now every show I get to open one,” Greenspan said.

Former Bak student, Jackson Greenspan was casted into a national theater tour featuring him as Charlie Bucket in the show “Charlie and the Chocolate Factory”. This tour included having to make adjustments to Greenspan’s everyday life.
“It’s complicated and exciting being on tour but [at the same time] hard work and a little sad not being able to see my family,” Greenspan said.
The tour would last for three months and provided Greenspan with an experience of a lifetime, with one of them bonding with other cast members.
“It’s an amazing experience being able to see the cast come together,” Greenspan said.
Experiencing something new, such as this, included gaining more confidence on the stage, as well as growing in his acting skills in this performance.
Lyla Chaubal, seventh grade theater major said, “Jackson has gotten more confident in his acting. He has also grown tremendously in his vocals than when I first met him.”