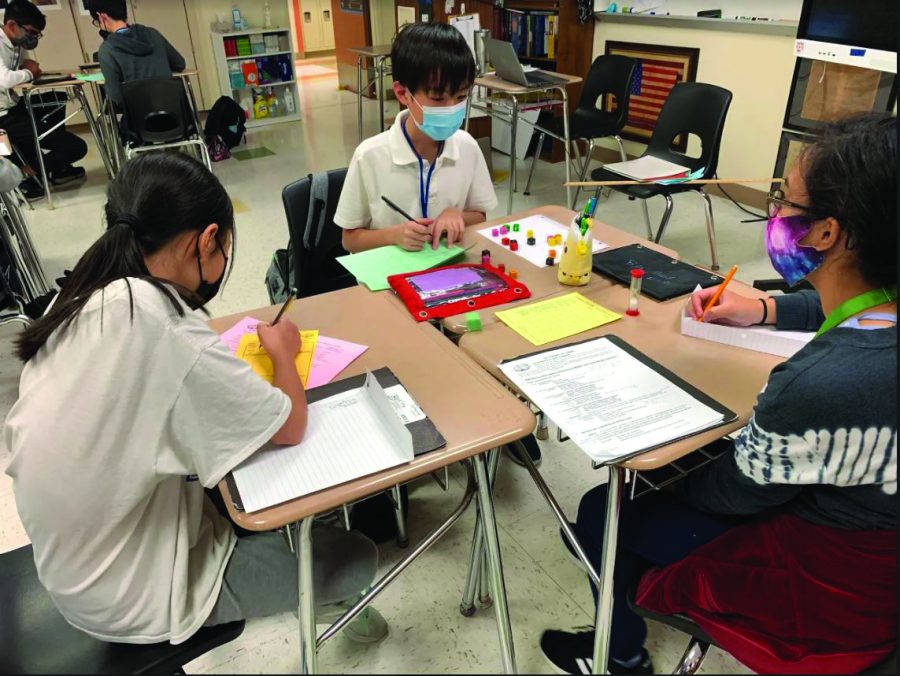 Bak Middle School of the Arts undefeated Academic Games team has had a winning streak for the past 11 years. Eighth grade history teacher Douglas Battle ran the club.

“My experience in Academic Games has been wonderful. I have been coaching for 17 years and I’ve loved every minute of it. It’s work but it’s a lot of fun,” Battle said. “I love working with the kids and they seem to like the competitions.  It’s overall been one of the highlights of my entire career.”

The team’s most recent win was on Nov. 9, where Bak won first place with a score of 145.5 in the language arts competition.

For the 2021-22 Final Middle School Equations game, Bak won first place with a score of 201 against eight other schools. Additionally, Bak has consistently won first place for the past seven games this season.

“We don’t have a specific strategy for winning but Mr. Battle does make a lot of study guides and he makes sure that we are all paying attention during class. He makes the overall experience engaging so all the information can stick,” Jana Tadiaman, eighth grade dance major said.

“Academic Games is hard to manage because you come home late, and you’ll have other homework and studying to do,” Sreethan Enjem, eighth grade communications major said.

The experience of Academic Games had changed last year due to the pandemic. For this school year, precautions have been in place.

“We normally have a physical game where the players manipulate cubes and we couldn’t allow that obviously because of COVID. We’re back to playing physical games but they’re trying to keep the kids distanced at the competition sites, and everyone has to wear a mask,” Battle said.

Overall, Academic Games was an engaging club that challenged students to their full potential academically.

Battle said, “I always think some healthy competition is good. Everybody wants to win but if you win right off the hop then what have you really learned? It’s about the journey, not exactly the destination.”