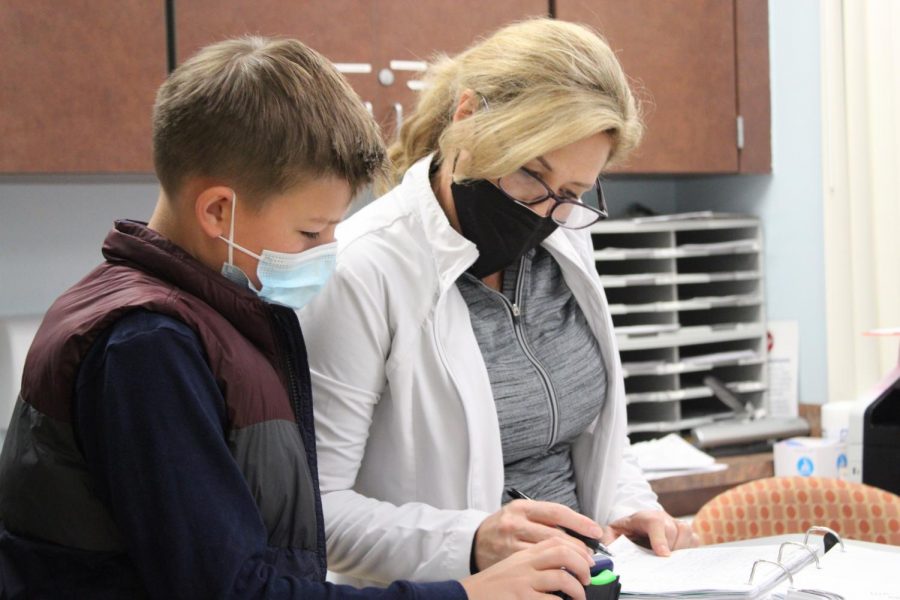 After being diagnosed, Zachary Lumelski adjusts to a new lifestyle.“Sometimes when I have to get my insulin I do things at different times,” Lumelski said.

Type 1 diabetes, a disease that  affected 542,000 children all over the world. Zachary Lumelski, sixth grade communications major was diagnosed with this disease on June 4, 2020.

“Type 1 diabetes is basically when your immune system randomly attacks your pancreas and it doesn’t work anymore,” Lumelski said.

Lumelski created an Instagram page called “sugarandswaglife” where he helped spread knowledge and  recognition about Type 1 diabetes. He gave advice about dieting and nutrition.

“I wanted to spread awareness to everyone who didn’t know about Type 1,” Lumelski said. “I wanted to help other people, and I thought creating an Instagram page would help me do that.”

Lumelski’s Instagram page not only allowed him to help him reach his  goal to spread awareness about Type 1 diabetes, but it also gave him new opportunities.

“I have made so many new and amazing friends over Instagram that I would’ve never had the chance to meet,” Lumelski said.

When Lumelski was diagnosed, he had originally just gone to the doctor for an annual checkup to see how much he had grown. While he was at the doctor’s office, he was told he had to go to the emergency room.

“I was really scared. I was crying and freaking out because it was super scary and I wasn’t sure of what was going to happen,” Lumelski said.

Lumelski used a device called a “Dexcom,” a glucose monitoring system. The appliance helped to give him an estimate of what his blood sugar levels were, to allow him  to sustain balanced levels.

“I would have to say I get my blood sugar checked  maybe about  three times a week,” Lumelski said.

It could be scary to be diagnosed with Type 1 diabetes because blood sugar levels could shift from being stable to being either low or high. Low blood sugar could bring side effects of being tired and dizzy, while high levels could also bring stomach pains and headaches.

“Usually if my sugar levels are too little or too high it can be a little scary. Still, I just have to deal with it and get it out of the way and whatever happens, it happens,” Lumelski said.

Even though being diagnosed with Type 1 diabetes was not a good thing, Lumelski was able to find the positive side and made the best out of a bad situation.

Lumelski said, “It was scary in the beginning, but now since I have everything figured out, it’s all okay!”