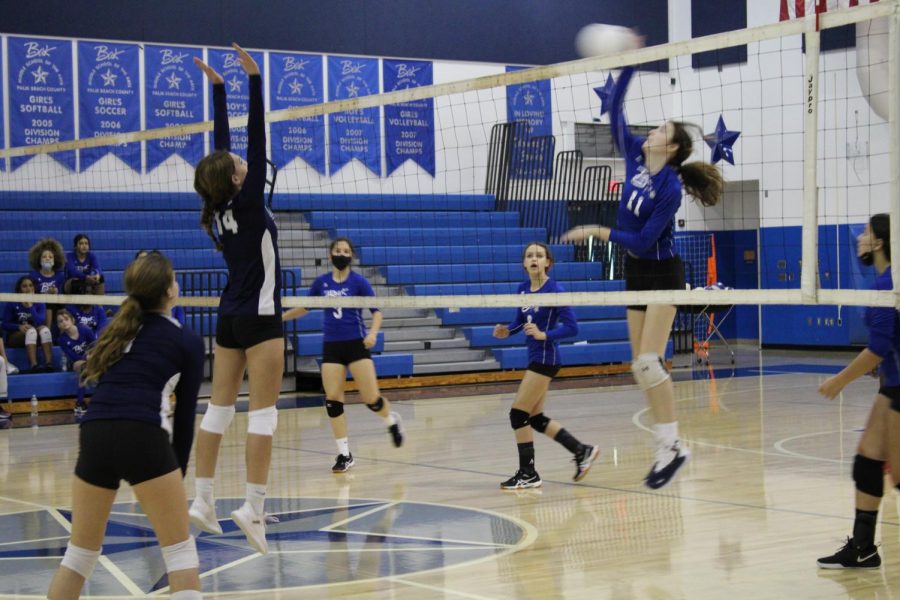 Starting off the season with a win, the girls’ volleyball team was hopeful.
Sarah Cohen, who played in the outside position, thought that the team performed skillfully at their games.
“Everyone was playing well and I feel we made very few errors,” Cohen said.
Although the team won against the Conservatory School on Nov. 9, they lost their game against Jupiter Middle School on Nov. 17 in both sets with scores of 24-26 and 22-25.
“I think we played well and we pushed ourselves to play our best. But we were intimidated by the other team and could’ve played better,” Andrea Mora, the team’s setter, said.
At the games, the players supported each other when they earned a point and lost a round.
“I think we performed well because of how close we have become. At practices we all have a fun time and play games,” Cohen said.
On Dec. 8., the team won the first set, lost the second set, and in the tiebreaking set, they lost 10-12 to Duncan Middle School.
Despite the loss, Ryan Connelly, middle blocker, said, “I think our team worked really well together. Especially because I think everyone on our team has great skill.”