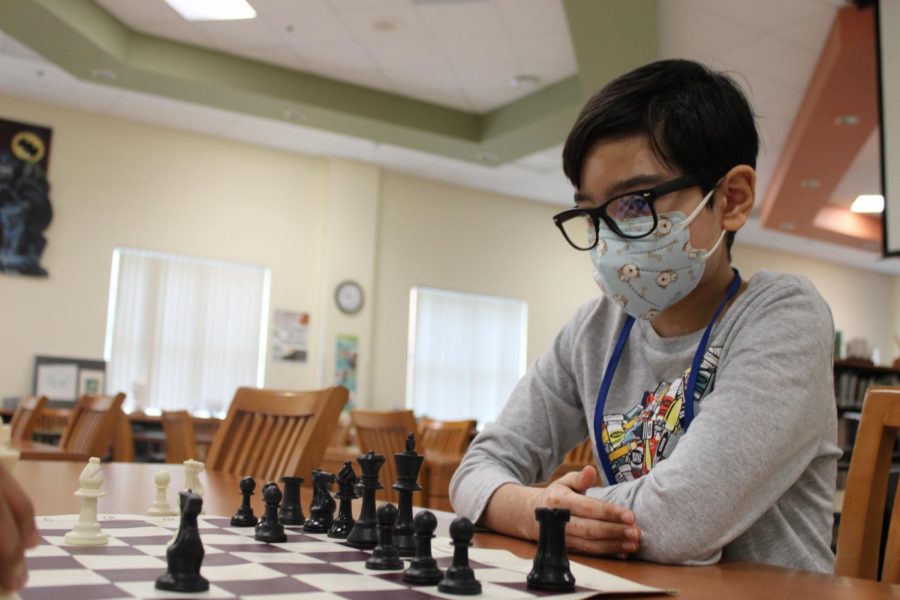 With school now reopened, many activities and clubs that were discontinued because of the pandemic have returned.

“We are going to begin opening the media center during even lunches for the reading and chess club. It will be advertised to the student body beginning the week of November eighth,” Kossove said.

The Reading Club took a more casual approach. Students came during the first even day of the week and discussed certain books with each other and ate lunch.

“The Reading Club is mainly an outlet to bring students together to share ideas, whether it’s recommending books or just discussing topics, themes, and issues,” Kossove said.

The Chess Club, however, favored a more competitive approach. On the second even day of the week, students played timed chess and competed in small tournaments with other students.

“[Chess is a] strategic game. And it’s to challenge your opponent through strategy. We always want to do our best and we want to win. This club is meant to offer that experience to the student body,” Kossove said.

Chess was a sport that many students have not seen. That uniqueness was what made it popular.

“We already do a lot of reading in school. Chess is completely new and totally different, which is why I want to participate in it,” Nicholas Stan, eighth grade piano major said.

Even though Bak’s Chess Club was not formal, the competitiveness of the sport made the team a national influence.

Kossove said, “We’ve had students previously who have been top 20 nationally in many groups. We’ve had Bak teams placed first in the county on multiple occasions.”

That was the reason Anthony Stan, eighth grade communications major, wanted to join the Chess Club.

“I want to improve and learn from other people as well,” Anthony Stan said.

Regardless, both clubs have been open for students to have fun and do different activities during their lunch.

Kossove said, “It’s a place for students who enjoy various activities to convene with other kids, to enjoy making some friends, exchange ideas, and challenge one another. The chess, the competition, the literature, it’s all here.”