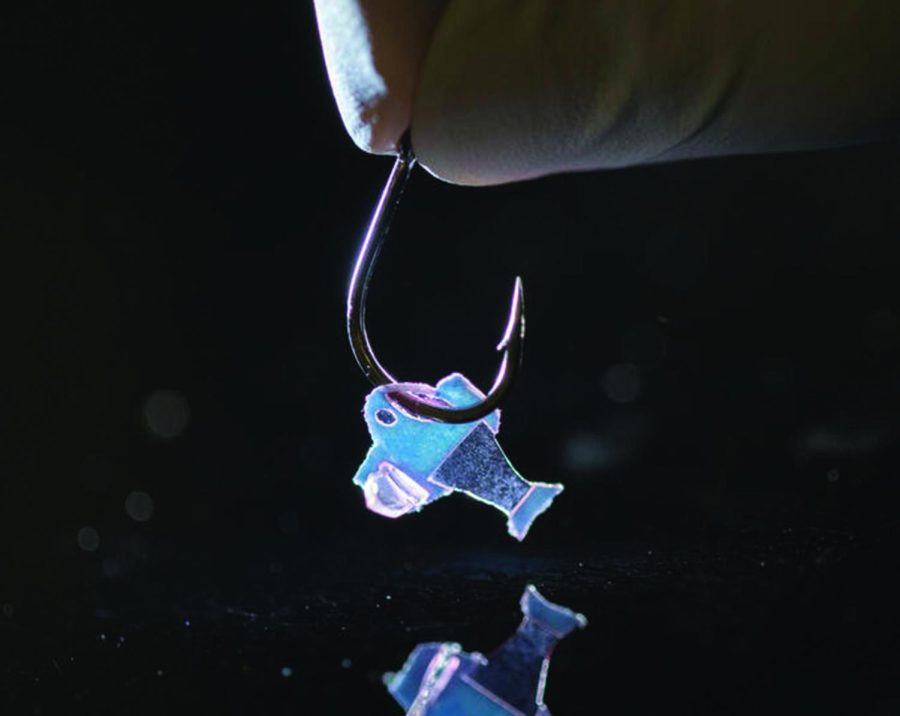 With the aid of a hook, researchers at Harvard University examine the prosthesis of the bionic fish in hope to better understand the human heart. “The results highlight the role of feedback mechanisms in muscular pumps such as the heart,” Kit Parker, senior author, according to Harvard University said. Photo by Michael Rosnach, Keel Yong Lee, Sung-Jin Park, and Kit Parker. Used with permission from Leah Burrows.

In the hunt to create a bionic heart, researchers at Harvard and Emory University developed the first fully autonomous biohybrid fish made from human cardiac muscle cells.

The goal was not to create the aquarium of the future, but to study human heart cells and the rhythm of their beats.

“Our ultimate goal is to build an artificial heart to replace a malformed heart,” Kit Parker, leader and senior author of the experiment, said according to a Harvard Interview.

Instead of recreating the physics of the heart like beating, Parker and his team wanted to observe principles that made the heart work in a living, breathing organism. More specifically, a fish.

“The artificial fish swam by recreating movements of an actual heart, and that brought researchers one step closer to creating a bionic heart”, Leah Burrows, author, said in a Harvard article.

And unsurprisingly, the fish showed promising results in its environment.

According to the Wyss Institute, after a month of maturing, the biohybrid fish reached speeds and swimming efficacy similar to zebrafish in the wild.

The team intended to make a better biohybrid organism next, continuing in the direction of lifelike artificial hearts.

According to Harvard, Parker said it would be a while before they could recreate the physics of a system that beat over a billion times in an entire life. But that was the challenge, and Parker and his team were going to work.