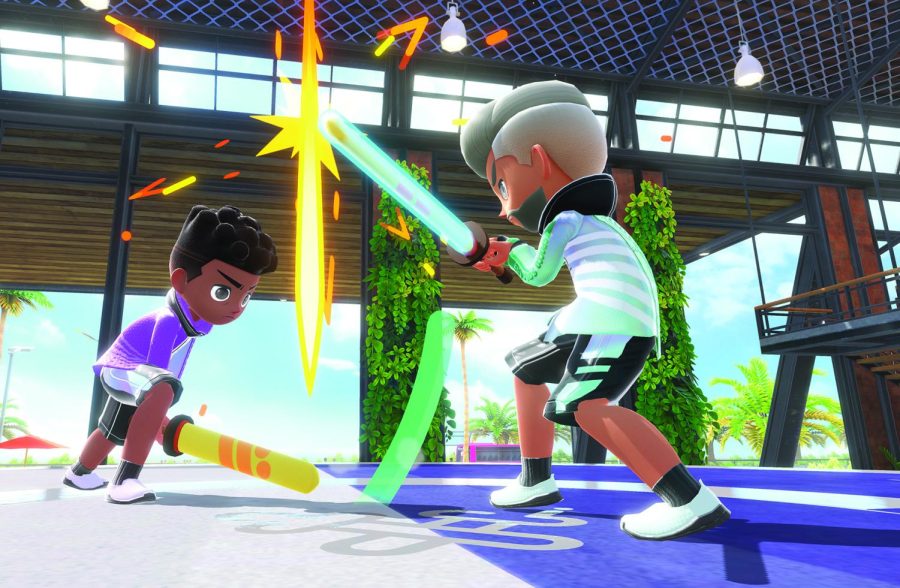 Chambara, or swordplay, is one of the returning games in “Nintendo Switch Sports.” (Nintendo of America/TNS)

Nintendo released a game called Nintendo Switch Sports. This video game was a simulation of the sports included in the experience.
According to nintendoswitchsports.nintendo.com, offered sports were tennis, soccer, bowling, volleyball, badminton and chambara. These activities can be played online globally, locally or with friends.
The game had a price of $39.99 on the Nintendo website. It was also available for $49.99 on Amazon, according to www.amazon.com.
According to www.nintendo.com, it would support modes such as TV and tabletop mode.
To enhance gameplay, a leg strap accessory was provided. According to www.ign.com, the Switch detected the leg movements from the strap, which was used as controls in the game.
The release date was April 29, 2022, according to www.nintendo.com.